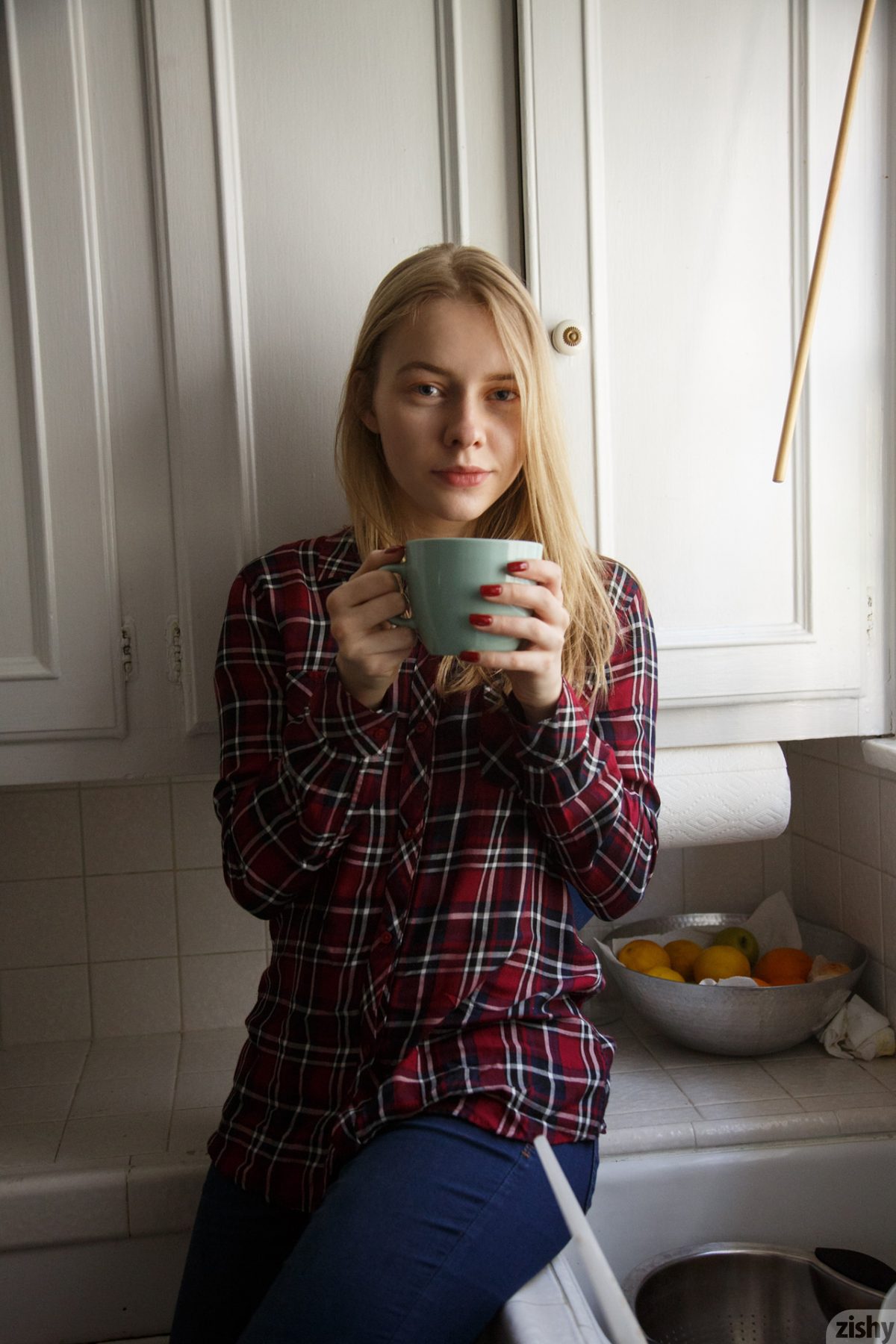 One of my previous models, whom was also referred by a previous model, had an attractive friend who was also down for the cause. Basically, if you treat people right, you are doing your future-self a favor.

Enter Freda Motten. This lovely woman can be shy one second and then ultra-confident the next. Is it all a performance? Well, she is a professional dancer. Or maybe she just likes screwing with people’s heads. Whatever it is, I recommend you kick back and enjoy the ride. 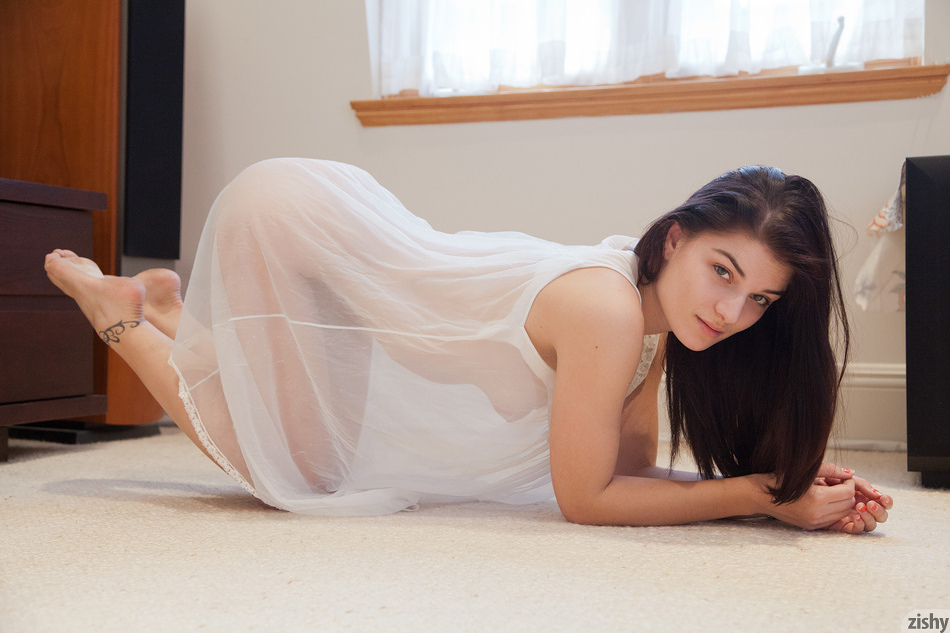 Alyson Grey is one cool cat. She did not even flinch when I asked if I could photograph her in this sheer gown. Alyson is also creative outside of modeling. She loves to paint and is deeply inspired by Matisse.

Having friended her on Facebook, I was pleasantly surprised to learn of our similar interests in music. She was first to introduce me to Lorde, who I enjoyed until the radio made me sick of the Kiwi’s voice. That’s fine. Alyson will always be royal in my book. 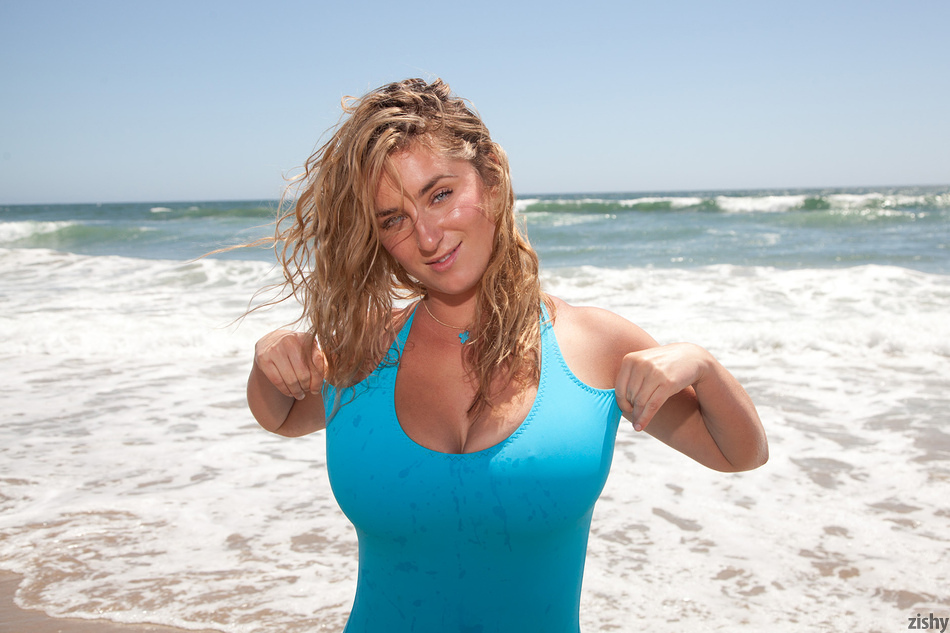 Cassie Becker took the 2-minute trip with me from her place to Venice Beach. Being from upstate New York, she is addicted to soaking up sun rays whenever possible. Cassie’s radiance and Bohemian personality blend perfectly with the area.
To many eyes, Venice is merely a gritty tourist destination, filled with drug paraphernalia, vagabonds, and loud music. To myself, Venice is a way of life. Every demographic is represented here on a daily basis and, for the most part, they all find a way to coexist. Anyone can be a Venetian, an open mind is the only requirement.

Dasha Krasova stands almost six feet tall and came to America recently by way of Siberia, Russia. She has modeled all over the world, mostly in the category of fashion editorial, yet is only 20 years young. It took some persuasion to have her grace Zishy.

Because, along with her impressive looks, Dasha brought some conservative Orthodox values to the States. In the end, my persistence wore her down and she managed to crack a smile on several occasions and seemed at ease. She is definitely a sweet and beautiful woman I would love to photograph again. 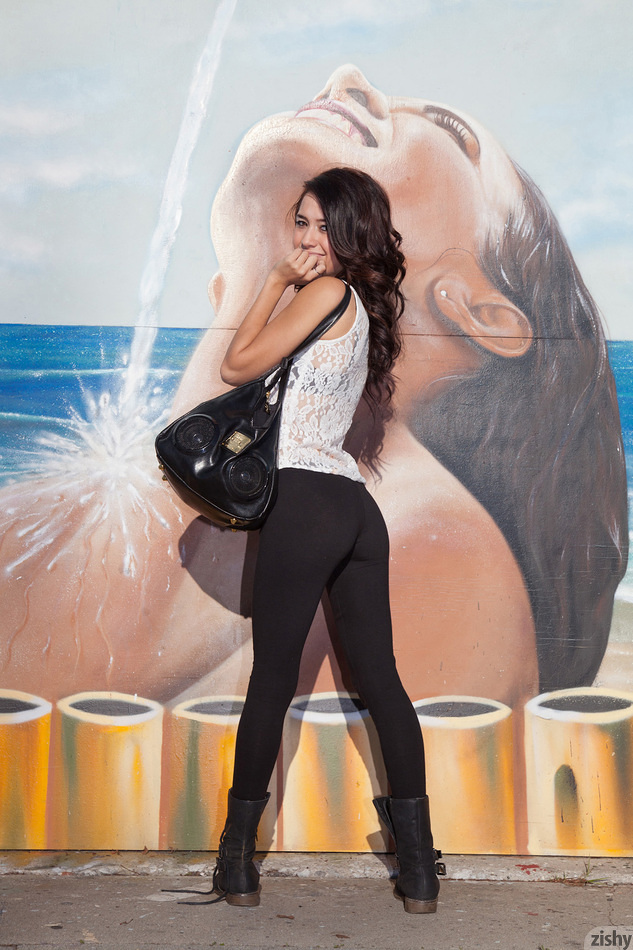 Delia Castillo is a petite Latina from Southern Cali. I had her photographically explore the phenomena of the black-tight-trend with me. It is a recurring theme that has mystified many a male in the colder months. It’s as if the female gender found the perfect way to give the finger to Father Winter who said you couldn’t look sexy and stay relatively warm.
And when the sun shines bright, pure magic occurs. Lululemon may not describe it in such a positive manner. They are a yoga apparel manufacturer that came under fire recently for selling products that were transparent in direct light. Apparently many girls were doing yoga without panties under their Lulu-pants. What is this world coming to?
Click Here for More Zishy / Only $9.99 month! 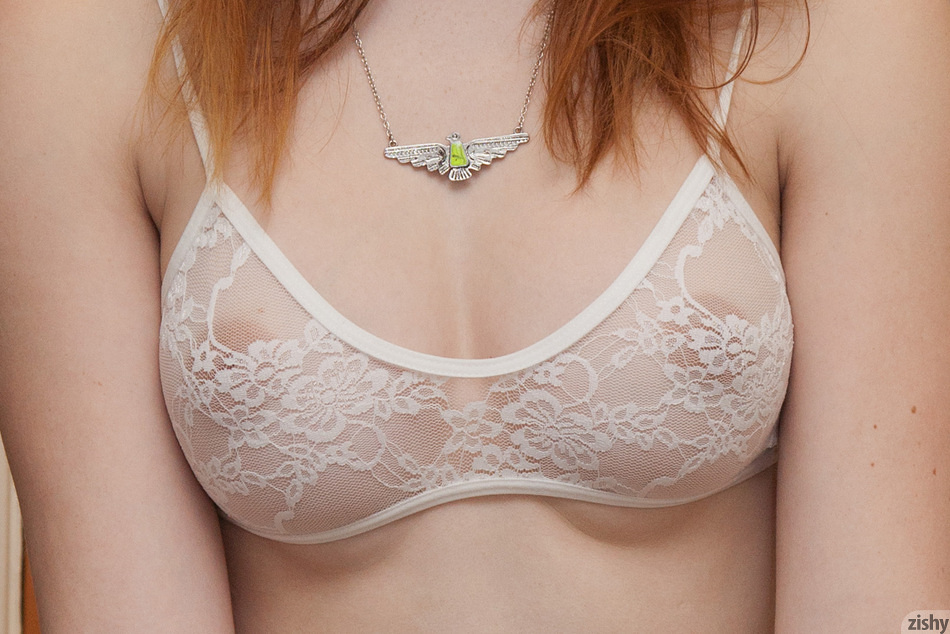 Debbie Vogel is from San Francisco. It is one of the most beautiful cities that I have ever visited. It seems that the beauty has rubbed off on this 19 year old. Her natural body is a sight to behold. She comes out to LA every couple of months for modeling gigs. Her fashionable looks easily land her fashionable modeling jobs. She was staying at her friend’s place in LA, who also photographs Debbie, and apparently he had no idea that she does any underwear modeling.

So it was her wish that we shot quickly in his living room while he was out running errands in the morning. But while we were in the middle of taking these, he unexpectedly arrives and she is embarrassed as all hell. I asked her the reason for keeping it a secret and she says that once a guy knows that you take provocative photos, that style is the only one he will want to take of you. And by that, she proved to me she was not only pretty, but also smart. 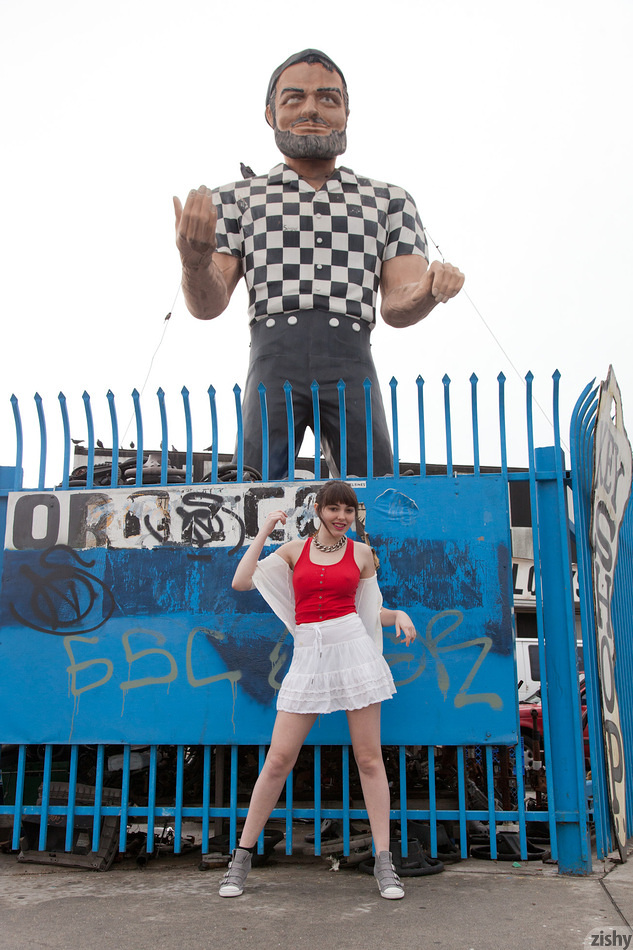 Debbie Vogel has this aura about her that I credit to her upbringing in San Francisco. She’s easy-going, often flustered, and open to creativity. We took these right before I rushed her to catch a bus back to the Bay area. This street, devoted to places that sell automotive glass, is also a spot where day laborers loiter on the sidewalk.
Consequentially, Debbie was timid to take these pictures in front the graffiti wall, but understandably so. One worker decided it was a perfect opportunity to bust out his crappy cell phone and do his own photography of my muse. I had to holler at the bastard to give us 30 seconds of semi-privacy. We took our shots and Debbie earned my respect as a girl willing to go the distance.
Click Here for More Zishy / Only $9.99 month! 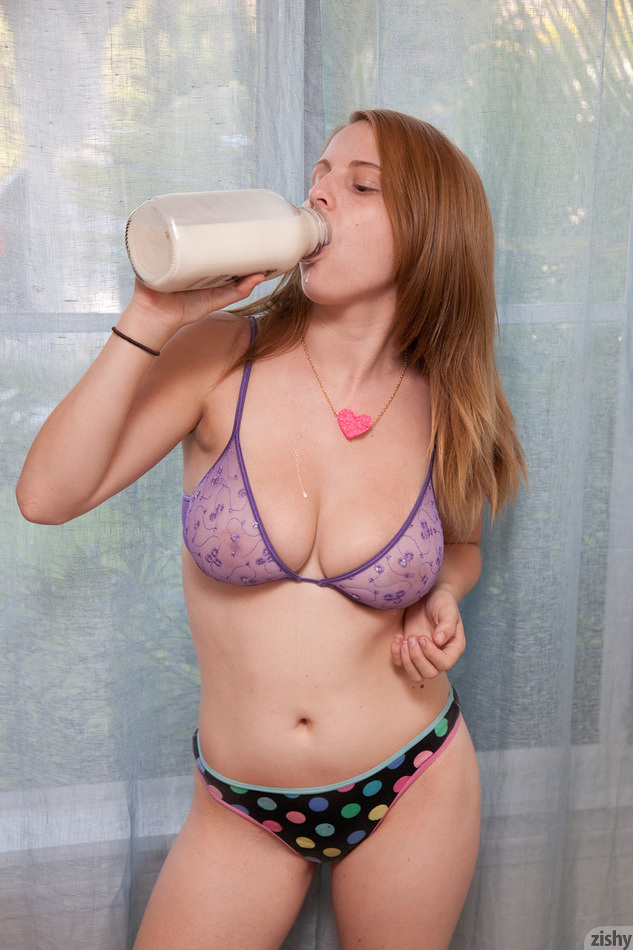 Danica Ensley back at it with her fun and positive personality. I asked her if she’d be cool with drinking and getting playful with milk for some photos. She was like, for shizz. Then she started lapping up milk like a kitty.

And I was like, ahhh yeah! She’s a perfect beauty inside and out. Loyal as all hell to her man, attentive and caring towards her nephews, ready to work hard and do a good job at whatever task is in front of her. There needs to be more like her. Danica for life! 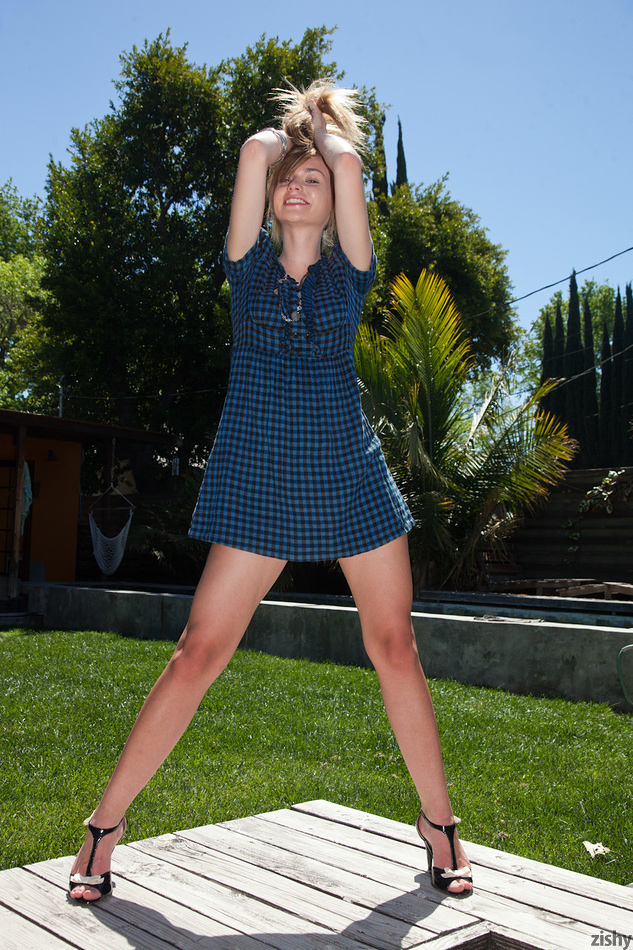 Courtney Laudner withstood the intense heat on a warm day in the Valley. And this dress that she’s wearing is not summer garb. Both us of were breaking a sweat. Or should I say that I was sweating and she was perspiring?

Courtney is a bit shy at first, but I can also tell that she enjoys showing off her crazy curves. Finding girls who are beautiful, edgy, and a bit uninhibited can be quite a chore. But when you find them, it is amazing. Courtney fires on all cylinders.

Cheyenne claims to have been quite the tennis player when she was in high school. She says she does some jogging to stay fit these days. Some moments she can strike you as being a very shy nerd, but at others you think her a bit of a party girl. She is a tough nut to crack.