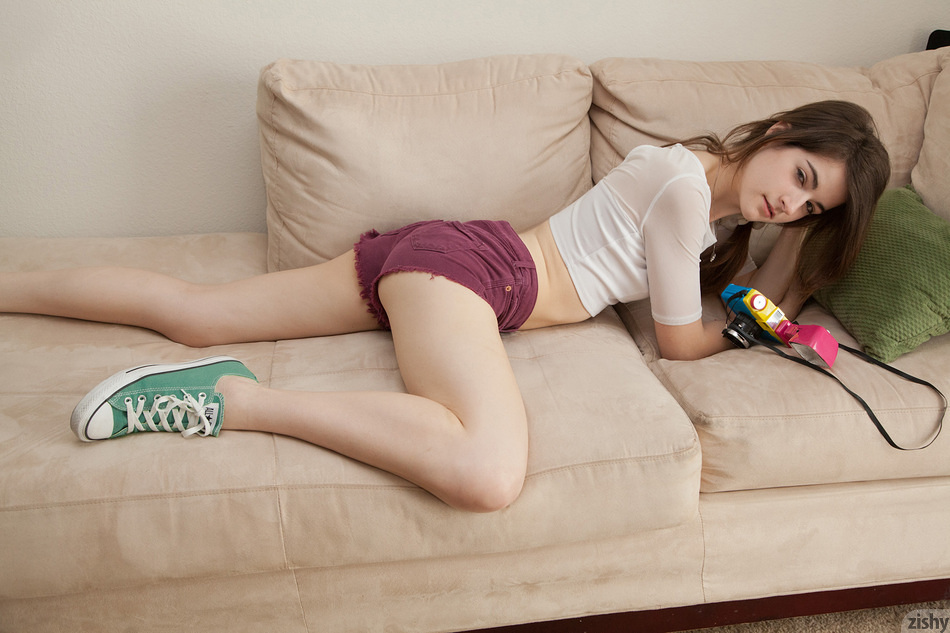 A while ago I became intrigued with photos that I found floating on the net where you see a girl clothed and then right next to it, the same girl in a similar pose but with less clothing on. When I met Ingrid Hayes for this shoot, I explained the concept and we gave it a go. Ingrid is a pleasant young lady with the essence of a hipster, however I still think she’s pretty cool.

I poked around her place for items we could use as a prop and she whipped out a 35mm film camera that she got at Urban Outfitters. I only ever owned one film camera and it was a broken one that I don’t think I ever figured out how to work. I never found where to plug in the USB cable to download the photos?!?